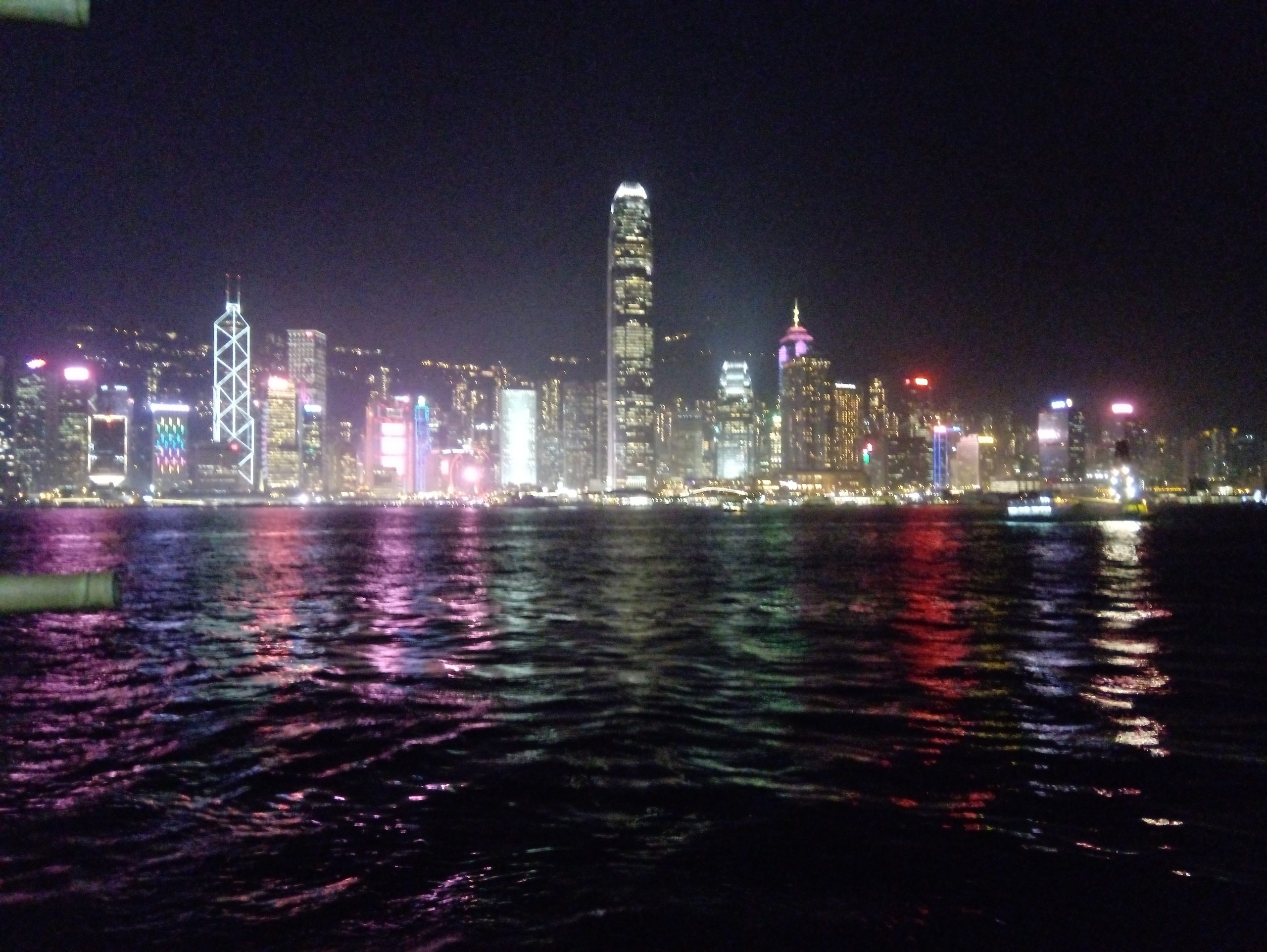 It always seems to start with an innocent remark or question.

“Can we go cycling somewhere exotic and different?”

“Not exactly what I had in mind”

“So what do you have in mind?”

(Now, there are many things I would do, but taking my own bike, cardboard box or not, to China is not one of them.)

And where do we end up – Vietnam. 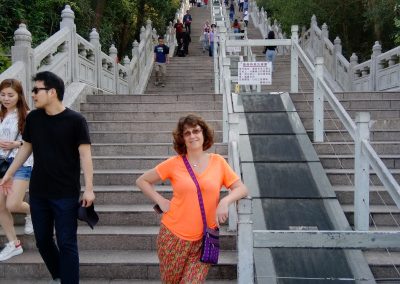 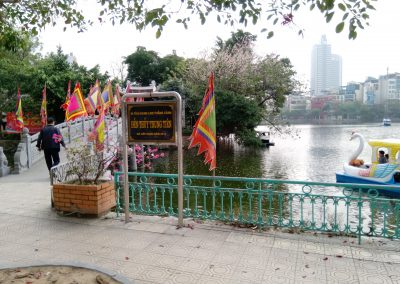 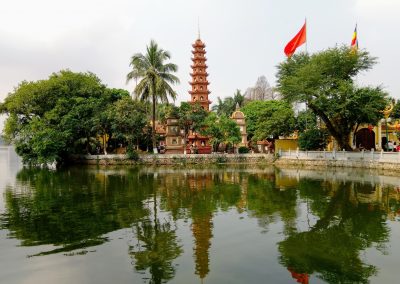 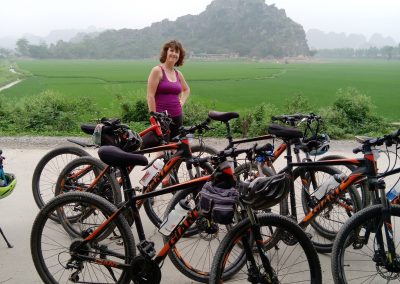 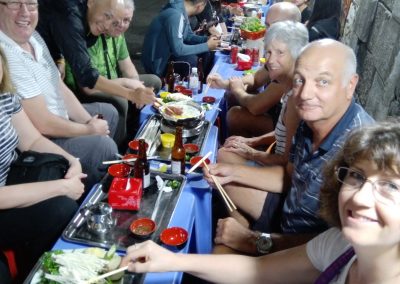 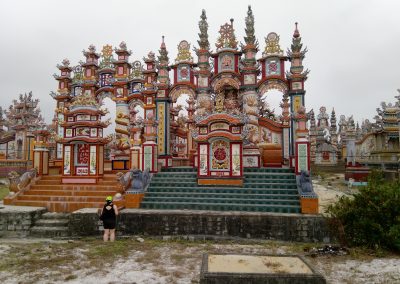 And I think Top Gear, the old one with Clarkson, Hamster and May in it, had a lot to do with the choice – for me anyway. Do you remember the episode when they rode the length of Vietnam on motor scooters and went over the Hai Van pass – they called it the most beautiful road “in the world”. That sold it for me.

Some months and a lot of research later we had booked to go on a two week trip with Intrepid Travels (www.intrepid.co.uk) to cycle the length of Vietnam from Hanoi to Ho Chi Minh – here we go again. We started off the adventure in Hong Kong – another crazy city – before flying up to the even crazier Hanoi.

We flew up to Hanoi to get more time in the time zone (always a good tip if you are planning to exert yourself in a different time zone) and booked a hotel in the middle of Hanoi. What a crazy place it is – scooters, bikes and people everywhere – but not many cars, it’s still the poor cousin in the north of Vietnam. Our guide showed us how to cross a road as a pedestrian – step off the pavement, walk slowly and in a straight line and traffic will find a way around you. Yeh, of course I’m going to do that – hang on, it works!

The first day was cycling around Hanoi visiting sights like Ho Chi Minh’s mausoleum, or the local waxworks as our guide irreverently called it (he was from the south) and dicing with certain death in the traffic. We then headed west, not south worryingly, into the Thai border regions. We needn’t have worried as this was one of the best parts going into the local villages on dirt tracks and staying in a long house with all the group in one long building. Cool. This included what is known as “Ha long bay inland” with spectacular Kaarst scenery. The company of the cycling group was good, an advantage of organised tours but the early mornings were not. “Bags down for 6.30 and on the bikes for 7am!” Hmmm. 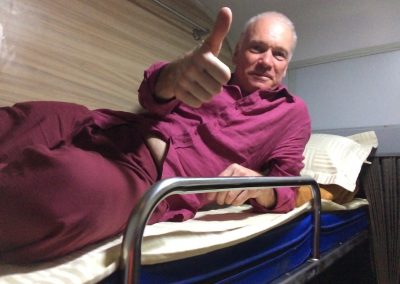 Top bunk on the overnight train 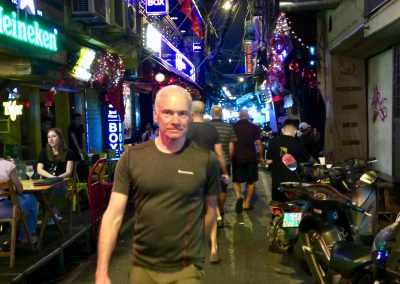 Night shopping in Hoi An 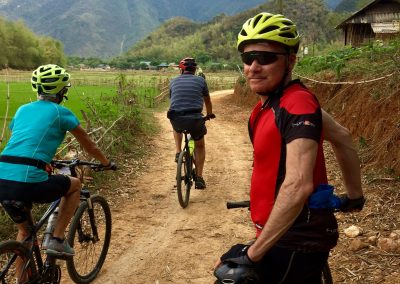 A bit of off roading 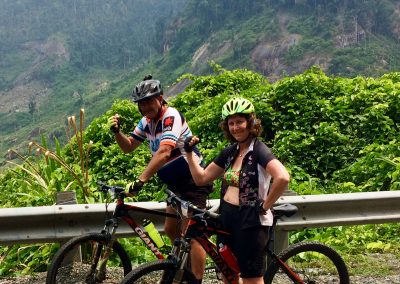 Resting going up a hill

After the idyllic north it was time for a change of scenery and transport – from bike to train. This was an overnight train journey for c12 hours, in a compartment with two others – of our group fortunately. Interestingly, I think this is when the group really came together. No escape!

After that it was back on the bikes and ticking off the places – Hue, Da Nang, Hoi An, Qui Nhon and Nha Trang until we came to the throbbing heart of the south Saigon, sorry I mean Ho Chi Minh City.

I didn’t deliberately miss the Hai Van pass, it deserves mention on its own. Now, the Top Gear boys do it from South to North and we did it the other way – not that it was any easier. It was a hard ride but we didn’t give up and were rewarded with – fog! All the way up the jewels of the coastline were concealed right to the top which was downright chilly. And no welcoming pub with log fire at the top, just tourist trap roadside shacks. But on the way down the fog lifted and the delights of the coast were revealed way below. Then I understood what Top Gear had been raving about – thank you Jeremy, Richard and James, without you I may not have been here.

After that Saigon/Ho Chi Minh was disappointing. Very western and full of cars. Give me Hanoi any day. 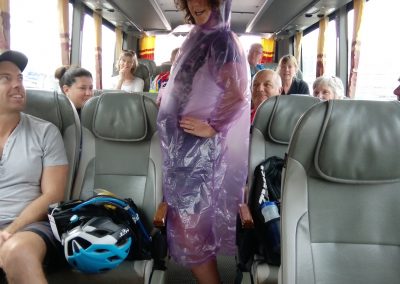 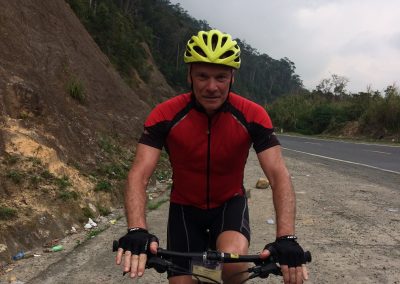 Coming into land heading up to Dalat 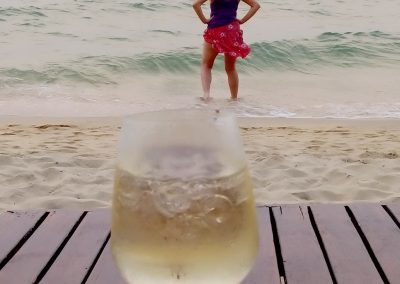 Chilling on the beach 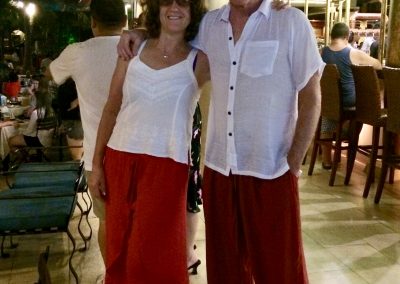 What can you learn from our first organised cycling tour – both the good and the not good? 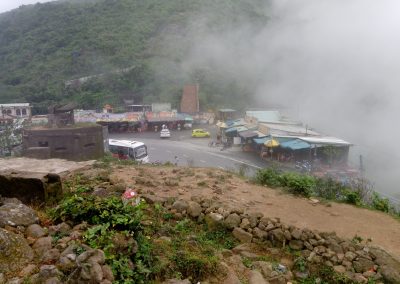 Clouds a the top of Hai Van pass 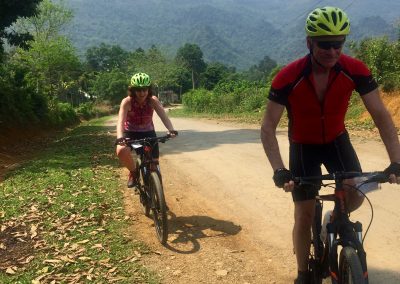 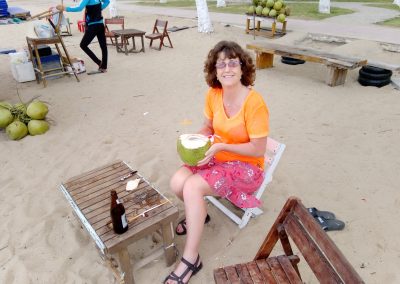 Fresh coconut on the beach 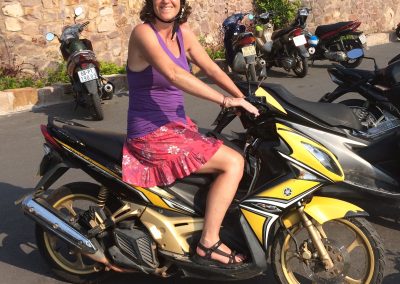